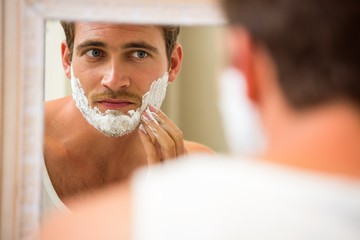 Men Face Chemicals In Products Too

This article was contributed by Donna Fountaine of Primal Recipe Tester, in honor of Testicular Awareness Month.

Even though men typically use fewer personal care products than women, the same carcinogens such as endocrine system disruptors and other potentially harmful & irritating ingredients, are still found in soaps, lotions, shaving creams, aftershaves and other products for men. According to the American Cancer Society,

1 in 2 men will be diagnosed with cancer in his lifetime with testicular cancer being the most common cancer in males between 15-35.”

When shopping for men’s personal care products avoid ingredients like fragrance or parfum because manufacturers are not required to disclose what’s in their fragrance or parfum to keep it proprietary. The ingredient(s) come from a list of over 3,000 chemicals, some of which are known carcinogens. Some other known and potential carcinogens to look for in men’s products are:

Remember that what goes on his body is just as important as what goes in it! Donna has always loved cooking, trying new recipes and living a healthy lifestyle, so after learning about the Paleo Diet from a close friend in early 2015, she tried it. She feels the happiest, healthiest and most confident than she ever has in her life and is convinced that it’s from living a primal lifestyle. She loves not only what she’s doing for herself but also what she’s doing for her family. Donna and her husband have a six year old daughter and a five year old son, and although they don’t always love being Primal, she hopes they’ll thank her someday. They live in the beautiful Sierra Nevada Foothills in Northern California where Donna works and tries to spend as much time as she can with her family being active outdoors, exploring and traveling. You can follow Donna on: Facebook, Pinterest, Instagram 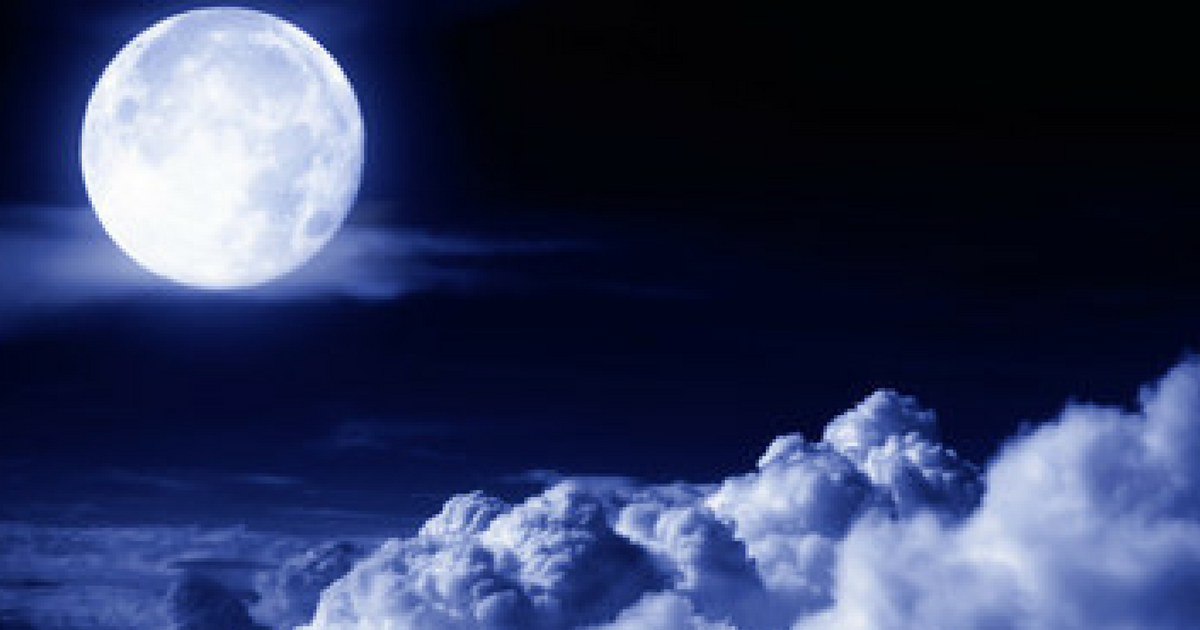 Can The Moon Affect Your Hormones And Fertility?

This article  was originally written by Ann Marie Michaels and appeared on her blog, Cheeseslave.

LUNACEPTION: HOW THE MOON CAN BALANCE YOUR HORMONES AND MAKE YOU FERTILE:

No, not lunatic-ception, as my husband would probably call it. LUNA-ception, meaning the moon + conception.

The book “Lunaception ” was published by Louise Lacey in 1974. The concept behind the book is that women’s menstrual cycles have traditionally been synchronized with the phases of the moon. According to Lacey, we should menstruate with the new moon and ovulate when the moon is full.

Katie Singer, author of The Garden of Fertility and Honoring Our Cycles, writes:

“In the late 1960s, Louise Lacey, a writer, realized that being on the Pill took her body away from its natural rhythm. She went off it, and subsequently had very irregular cycles. She began reading about circadian rhythm and the sexual cycles of some primates, which suggested peaks of sexual activity relating to the lunar cycle. Lacey wondered if the moon’s cycles relate to human reproduction, and if so, how? She wondered if artificial lights interrupt the moon’s effect.

A newspaper article that reported the effects of night-light on the menstrual cycle then caught her attention. John Rock (the Ob/Gyn whose experiments with giving infertile women synthesized progesterone led to the creation of the Pill) and physicist E.M. Dewan found that women’s menstrual cycles became regular by sleeping in complete darkness Days 1-13, sleeping with a 100-watt bulb burning all night (under a lampshade in their bedroom) Days 14-17, and then returning to sleeping in complete darkness until the new period began.

Thrilled by the possibility that she could return to healthy cycles, Lacey tried variations on the above experiment, beginning in 1971. She also began to chart her temperature. She found that sleeping in complete darkness except for three nights each cycle (when she slept with a 40-watt bulb under a lampshade or with a 75-watt bulb beaming a shaft of light from a nearby bathroom (essentially mimicking full-moon light) triggered ovulation. She called the technique Lunaception, and found that it could be used to direct her fertility — and that of her women friends. By avoiding intercourse on the days they slept with light, Louise Lacey and 27 of her friends developed regular, healthy menstrual cycles, and used Lunaception to avoid pregnancy effectively until menopause.” (Source)

Lacey says that when women practice lunaception, their cycles naturally sync up with the phases of the moon. She says that lunaception “optimizes your reproductive health.”

Even if you aren’t trying to get pregnant, women can use lunaception to prevent pregnancy, and lunaception can also be used to balance hormones.

According to Katie Singer, controlling the light when we sleep can help women in a variety of situations to strengthen their cycles:

Getting Back In Touch With Mother Nature: This whole thing makes perfect sense to me. Think about it. A full moon looks like a pregnant belly. Just like an egg, which is the very symbol of fertility.

I think it so cool to think that Mother Nature, in her infinite wisdom, has it all figured out. I can imagine a native American riding home on his horse, looking up to see a full moon and thinking to himself, “It’s baby making time!”

When I was at the Weston A. Price Foundation conference several years ago, I was having a conversation with flower essence therapist and clinical herbalist, Claudia Keel. We were talking about fertility and she was telling me that if you want a baby, you should take watermelon essence.

“Exactly!” Claudia nodded enthusiastically. “There are a lot of plants and flowers in nature that look like what they do.”

The more I read and learn, the more I believe that so many of our modern problems are caused by the fact that we are so cut off from nature. For example, I’ve recently fallen in love with earthing, which is the theory that our bodies need physical contact with the earth. See my post: Can Walking Barefoot Lower Cortisol and Balance Hormones?

It makes sense to me that we need the moon for our fertility and hormonal health.

Nowadays, most of us live in cities and are not able sleep by the light of the moon. When I look out the window of our 4th story condo here in Las Vegas, I see miles and miles of twinkling lights.

How will you do this?

First, you must find drapes or covers for your windows. They must be thick enough so that no light comes in, no matter the source. To test them at night, close the door, turn off the lights in the room and hold up your hand to the covered windows. Can you see your hand from the street light or passing cars? If so, the drape or cover isn’t thick enough.

Secondly, you must make arrangements so as to protect yourself from any lights that turn on or off during the night, such as any light that might shine through when someone opens the bedroom door. Those lights must have a red bulb, which you can buy at your hardware store. As with a normal fire, red lights will not trigger ovulation prematurely.

Third, you may need one red light in the bathroom, too, if it is anyone’s habit to turn a light on there at night.

Your bedroom now duplicates nature’s way. The only other manipulation of light is in mid-month. Put a small white nightlight, 15 to 25 watts, on the other side of the room. On the 14th or 15th day of the month, counting from the first day of your menstrual period, turn on that light before you go to sleep. Use it for three nights, and then don’t use it again until your next month.

Once you have made these preparations, the rest is easy!” (Source)

I’ve made my preparations. And I can’t wait to get in bed tonight!

But What About A Sleep Mask?

I know people are going to ask so I thought I’d address this.

The answer is: No dice. In other words, it’s time to get our your trash bags and duct tape.

I have been using a sleep mask for a couple of months now to try to increase my melatonin production, to help me sleep better. I don’t know if it has helped or not.

There is nothing like that pure blackness that envelopes you when all the light is gone. There really is no comparison.

According to Louise, “Our ears, our mouth, even “the hole in our heads” as the Hopi say, must be considered. We simply have to have the room dark, period.” (Source)

Have you had success with lunaception? Does this natural fertility practice intrigue you? Please share your thoughts in the comments section below. Ann Marie Michaels is a homeschooling mom to 2 kids. She has a passion for traditional, healthy foods like butter, cheese, lard and wine (yes, wine) and through her blog, she can show you how cooking from scratch will revolutionize your health and save you a ton of money. She has the tricks and tools that make it easy and fun. You can follow her on Facebook.