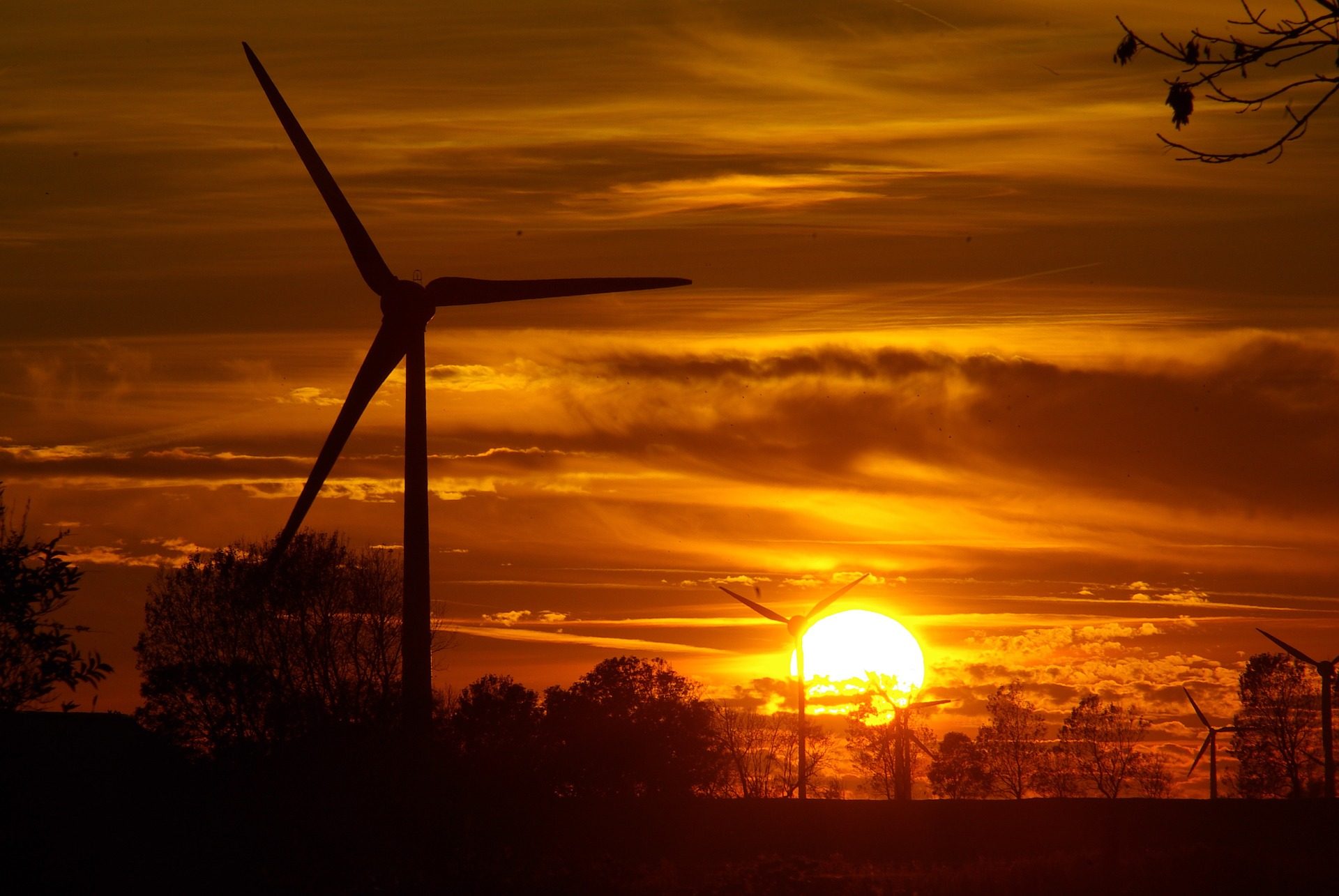 You’ve probably heard it before: the world is heading toward an unprecedented economic and energy crisis. You’ve seen it in documentaries such as “An Inconvenient Truth,”  and the latest global warming/impending energy catastrophe commentary by Leonardo DiCaprio, “Before the Flood.”

Documentaries such as these aim to highlight the environmental issue of global warming. Aside from the certain obvious factors contributing to the global warming debate, the rapidly deteriorating state of the U.S. energy grid, coupled with our and rest of the world’s dependency on natural gas and fossil fuels, are other intricate and inseparable contributing factors to global warming that extend beyond the dilemma of the Earth getting warmer.

Both political and financial constituents are factors at play when considering the implications of continuing reliance on government supplied energy sources, nationally and internationally. The state of the world’s energy systems are in disrepair to say the least; the United States in particular, is vulnerable to a rapidly deteriorating energy grid. Furthermore, volatile relations between foreign nations that are politically unstable continuously threaten harmonious relationships between energy dependent countries.

The United State’s energy grid was first constructed back in 1882, and despite the significant growth in the amount of power distributed to American citizens throughout the years, the grid’s basic structure remains virtually unchanged and has never been updated. The energy grid is comprised of a diverse network of power plants and transmission lines that carry high voltage electricity to substations, which then converts the electricity to lower voltage energy, which is then distributed to neighboring homes and businesses. This, in a nutshell, is how we receive electricity.

According to the International Business Times, the United States’ power grid is responsible for more blackouts in the US than there are throughout the rest of the world. Many of these outages are due to weather related incidents. Every time the grid fails,

“Each one of these [blackouts] costs tens of hundreds of millions, up to billions, of dollars in economic losses per event,” said Massoud Amin, director of the Technological Leadership Institute at the University of Minnesota.

The reason why this is such a big problem stems from the fact that the power grid has never been updated, and a detailed plan to update and modernize the grid still remains to be seen. Whenever a major storm strikes the U.S., the power grid is vulnerable to its forces, facing further damage to an already worn infrastructure. Inevitably, American taxpayers are the ones who are then left without power and water for unknown and even extensive periods of time. It is also the people who are responsible for subsidizing the grid’s failures.

The State of Our Energy Grid is Only the Tip of the Iceberg:

Global reliance on fossil fuels and crude oils to generate electricity has long been a subject of debate among environmentalists. Now more than ever, the global warming dilemma has become increasingly pushed to the forefront of world-wide debate and concern.

Dependence on foreign countries who are politically unstable or whose relationships could crumble at any moment leaves the receiving country vulnerable to cyber attacks, terrorist attacks, and an indefinite halt of electricity and water resulting from any such scenario. These are just a few of the many potential precarious consequences of depending on foreign sources of energy.

The Installation of Smart Meters: Cause For Concern

In an attempt to offset the inevitable failings of the US power grid by helping people better monitor their energy use, energy companies in recent years have began installing “smart meters” in nearly 70 million homes and businesses. Smart meters are devices that monitor a home’s use of energy by the hour, and allow for a two-way communication between the electric company and the residence in order to observe how much energy is being generated on at least an hourly basis. However, despite it’s “innovative” technology, smart meters haven’t done anything to reduce the cost of energy bills for Americans.

Additionally, the installation of smart meters have presented another problem: links to potentially serious health problems. Smart meters operate on the same system as microwaves and cell phones: by EMF, electromotive force, or electromagnetic field. The result of EMF’s are electromagnetic radiation, which is the energy projected from EMFs. The problem with EMF’s is the higher the frequency, the higher the risk for adverse health effects. Every person’s body operates with its own kind of electromagnetic frequency, and when the body is exposed to high frequency, artificial forms of EMFs, it can cause a wide range of effects ranging from sleep disruption, to compromised immune systems, endocrine disorders, and even cancer. Furthermore, smart meters still do not address the fact that the power grid needs an over $170 billion dollar upgrade by 2025 still remains in effect. Meanwhile, the electric bills continue to increase.

As a whole, the European Union (EU) is similarly back-to-the-wall when it comes to its energy acquisition through foreign non-renewable energy sources. Despite the Paris conference that declared Europe would make significant advances to the implantation of renewables, the EU still relies on over half of its energy stemming from non-EU member countries which import a variety of energy; including fossil fuels, crude oil, and natural gas. The past decade alone has seen over a 10% increase in the EU’s dependency on energy imports, as compared to the 1980’s, where it was only 40%.

European countries like Germany, Portugal, Sweden, and Norway have taken the initiative to gradually phase in renewables like solar and wind, with each country having a specific target for the percentage of renewables the country utilizes by 2020. It may appear like Germany has a sophisticated hold on renewable energy, but it’s turning out that its carbon emissions are still rising. Germany’s remaining nuclear plants are required to continue running in order to account for the variables of solar and wind, thus producing a costly overabundance of energy.

Surprisingly, another country esteemed to be at the forefront of renewables, Australia, has,

Despite their desirable affinity for solar power, Australia only derives 2.4% of their energy from PV (photovoltaic,) solar power. However, Australia has plans to triple its large-scale solar production with a nearly $1 billion investment in constructing 12 new solar plants. In the meantime, Australia and Germany’s electric bills remain steadily elevated while the countries attempt to balance the current integration of solar and wind energy with fossil fuels.

Solar Energy in the U.S.

According to GTM Research, the market analysis division of the energy news site Greentech Media, solar energy usage has increased significantly since 2010, with over 1 million homes and businesses across the United States now using solar photovoltaic (PV) panels to produce their own energy. In 2015, 7% of the U.S.’s energy came from renewables, and a new study by the National Renewable Energy Laboratory found that close to 40% of our energy could potentially be derived from solar energy alone. Despite these increases in solar energy usage, electric bills still remain high in the U.S. According to WalletWeb,

“[In 2016] energy costs eat between 5 and 22 percent of families’ total after-tax income, with the poorest Americans, or 25 million households, paying the highest of that range.”

The demand for renewables across the board is blatantly apparent, if not incredibly necessary for the global economy to progress. However, even for individual countries poised to take the renewable energy market by storm,  the transition period still proves shaky while the world is caught amidst the juggle between current balance/reliance on foreign nations and fossil fuels, aging power grids and infrastructure investments, coupled with the costly undertaking of integrating renewables into the picture.

The question that remains to be seen is at what cost do we wait and see before life as we know it proves us to be much more vulnerable than we think.

Cancer Causing School Supplies – What You Need To Know, AND What You Can Do!